Apadian is an OC created by EnderEmerald46. They are the forced fusion of Apatite and Obsidian.

Apadian, being the fusion of Apatite and Obsidian, has traits of both of them in their appearance. They have indigo skin, with light-indigo hair with their ponytail and shoulder-length styles visible. It's slightly less tidy than either gem. They still have Andesine's eye on their neck, and their gemstone is visible. They wear a light-indigo lab coat and an even lighter tanktop, as well as a mix of Apadian's shorts and Obsidian's skirt with two open delta symbols, one per leg. They also wear a fusion of Apatite's shoes and Obsidian's high heels.

One day, while Obsidian was active, a ship appeared on the beach. Inside was Yellow Apatite and Blue Apatite- the two gems that were going to experiment on Apatite back on Homeworld. Due to Obsidian's naivety, Yellow Apatite simply pretends to be Obsidian's brother and easily kidnaps Obsidian. Once on board, he hooks Obsidian into a device and, after becoming irritated by her, turns it on, causing Obsidian to be continually electrocuted. The shocking causes Apatite and Obsidian to be forced into a state where both personalities are active at once. Soon, the Crystal Gems go on the ship to find Apatite and Obsidian, and soon Garnet finds them- but by now the side effects of both being active at once are starting to take a toll on them- their minds/personalities have mostly melted together, and by the time Garnet can stop Yellow Apatite and free Apatite and Obsidian, the two have fully merged, forming Apadian. Yellow Apatite states that due to the method and who Apatite and Obsidian were, the two will be unable to defuse back into themselves. When they first wake up, they go into a panic over realizing the truth, but are soon comforted by Andesine. They now live in the Alteration Gems's base with Andesine, Bismuth, and Carmelian.

Just like their appearance, Apadian has traits of Apatite and Obsidian in their personality. They are mostly nervous due to how their personalities are melted together and there are a lot of meshed and conflicting thoughts. They occasionally suffer from bad mood swings causing them to act either super excited (Obsidian) or super nervous (Apatite) and need to be comforted or isolate themselves to calm down. They also have a lot of self-pity, once being consumed by their own self-pity in the form of an evil Yellow Apadian in their mindscape.

Apadian has a lot of nightmares, these are the most common: 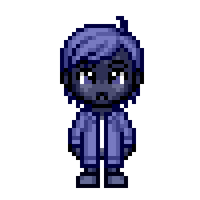 Apadian Chibi
Add a photo to this gallery
Retrieved from "https://the-gem.fandom.com/wiki/Apadian?oldid=6281"
Community content is available under CC-BY-SA unless otherwise noted.